Many Canadians are often surprised to learn that leprosy still exists. Leprosy is not something we often hear about at the doctor’s office or see people struggling with on the streets of our cities. Although leprosy is still around in many other places in the world, it is rare in Canada. From 2000-2019 there were a total of 107 reported cases of leprosy in Canada (according to the Public Health Agency of Canada).

The first cases of leprosy were discovered in Canada on the east coast in 1815. Canada established leprosy colonies in New Brunswick and British Columbia in the mid-1800s.

In 1844, a young priest arrived in Tracadie, a small fishing community in northeastern New Brunswick. He noticed that some of his parishioners were disfigured by some kind of disease. The priest sent word to authorities, who sent a medical commission. The doctors confirmed what the priest suspected: 18 of the villagers were affected by leprosy, and there had been others, who had already passed away.

Older villagers remembered the first case, an Acadian woman who showed signs of leprosy in 1817 and then died in 1828.

When the medical commission determined that there had been a leprosy outbreak, the response had bleak echoes of the past. For centuries, leprosy was feared and the people affected were shunned. The medical commission in New Brunswick immediately sent all affected by leprosy to an island used for cholera quarantine. Some were children as young as 8.

In 1844, Sheldrake Island became home to people affected by leprosy and was notorious for its poor conditions. There was no medical care, and the quarantine sheds were airless, dark, and dirty. It was 80 kilometers from the community of Tracadie.

This solution was criticized in the medical community. Even at the time, medical experts could see that leprosy was not as contagious as was once thought. Unfortunately, fear and stigma from the general public placed pressure on the government to continue the medieval-style practice.

As the century wore on, conditions improved for people affected by leprosy. A medical facility was built at Tracadie, within the community where leprosy was found.

Once the leprosy hospital was established at Tracadie, almost all people affected by leprosy came here, including new Canadians. They received care from the Religious Hospitallers of Saint Joseph until 1965. The Tracadie leprosy hospital (The Lazaret or Hôtel-Dieu of Tracadie) offered treatment and medical care not only to people struggling with leprosy but to other sick people in the area.

Nuns took care of the sick for almost 100 years. In total, 367 leprosy patients received treatment and the last patient passed away in 1964. The leprosy hospital closed its doors the following year after being in operation for 121 years. Many leprosy patients were buried in 4 different cemeteries with one solely for the burial of people affected by leprosy.

You can learn more about the history of the Lazaret and about the compassion and care for leprosy patients at The Historical Museum of Tracadie. We thank the museum for granting permission to use archived photos from their website.

The source of leprosy in that New Brunswick village remains a mystery. Some historians speculate that the disease could have been brought by Acadian exiles returning from Louisiana, or could have originated in Normandy, France.

It took a long time for leprosy to run through the Acadian population. In 1937, the last Acadian was admitted to the leprosy hospital at Tracadie.

From 1891 to 1924, Chinese people affected by leprosy, despite where they lived in Canada, were sent to D’Arcy, where they were left to fend for themselves and die alone. Many of these individuals were laborers brought to Canada to build the Canadian Pacific Railway. These conditions were deplorable and racist. The leprosy hospital at Tracadie, which served many Canadian-born individuals, offered compassionate care.

In an article for VICE Canada, Erik Paulsson, a filmmaker who created a documentary about D’Arcy Island said, “It was a terrible experience, they didn’t have anybody to care for them so they had to care for each other. Imagine there is this pre-built shack that they drop you off at and they say ‘good luck’ and drop off food every three months. That’s it.”

The 180-hectare island was essentially a prison because the strong current and low temperatures of the water made it pretty much inescapable—a few people tried but were never able to beat the current.

When D’Arcy closed, remaining residents were repatriated back to China. The Federal Government opened a better-resourced and staffed facility on Bentick Island, not far from Victoria, which operated until 1957.

Canada’s history with leprosy is much the same as what you’ll see around the world. People affected by leprosy were forced to separate from families and taken away to these colonies. They faced stigma and isolation. Not much has changed for people affected by this curable and preventable disease.

While some stigmatize and isolate the affected due to misunderstanding or fear, you’ll also find people – like our partners – who demonstrate compassion and care, risking their own health and comfort to provide for those in need. Learn more about our partners and the work we do together. 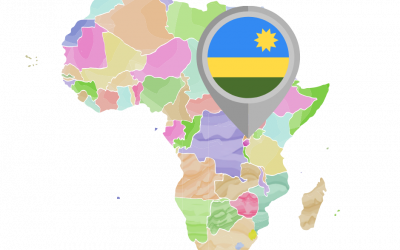 Why Effect Hope Is Committing To The Kigali Declaration

We are at a significant moment in history. We could solve one of the world's most pressing but often ignored health issues.   Imagine if the world, working together, could end the devastation of 20 diseases and conditions that affect over... 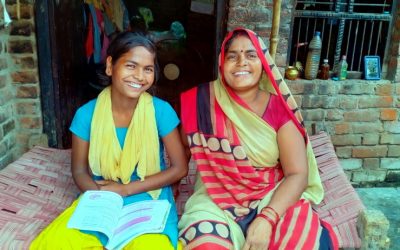 About three years ago, Shiwani burnt her hand. She told her parents that she couldn’t feel any pain. She confessed that her eyelids were not shutting entirely and that she didn’t have any feeling in her feet, either. Shiwani was only 12 years old.... 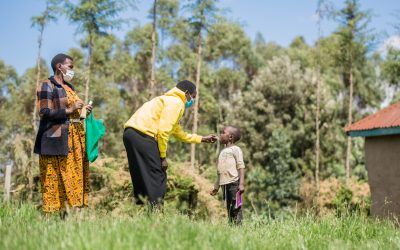 Summary We undertook the 'Every Child Thrives' program with the financial support of the Government of Canada provided through Global Affairs Canada. We delivered it in partnership with Helen Keller International and Vitamin...